The changing political landscape in the United States in 2017 makes predictions for the hiring trends in the Americas commodities markets something of a challenge. In certain areas, the commodities clients that we talk to are bullish about the arrival of Donald Trump as the 45th President of the US, with many in the liquefied natural gas (LNG) space, for example, believing that Trump could make it easier for new projects to gain permits and approvals, by removing the red tape that he has been so damning of during his campaign.

The impact that his presidency will have on the investment banks operating in commodities also gives some cause for optimism, though not everyone is convinced by his promises to repeal / ease the Dodd-Frank and Volker ruling and other regulatory constraints that have driven the banks’ exodus from commodities. The feeling we get from the market is that, even if Dodd-Frank were to be repealed, the banks are for the most part in no rush to jump straight back into trading physical commodities, or on a proprietary basis, in anything like the manner in which they were operating pre-crisis.

Nevertheless, any relaxation of the strict rules that will permit people to return to more innovative deals, could serve to stem the flow of talent leaving the large financial institutions in favour of merchant trading houses, which has been a feature of the recruitment market for the last few years. Many of the leading individuals at the banks have already exited, but those that remain will certainly be happier if regulatory changes permit them to have more flexibility on trades and deals. On the whole, anything that reduces regulatory oversight is going to be a positive for the recruitment of commodities talent, even though the precise nature of the new rulebook could take some time to clarify.

Turning to specific commodities, and beginning with natural gas, we see a physical oversupply in the Americas region since the US became a large producer, and that means margins are tighter than ever. As a result, many of our clients are adopting trading strategies more focused upon derivatives and financial optionality, which means the interest in talent with a strong track record in proprietary futures trading is increasing.

The changing nature of the North American gas markets has led to a consolidation of executive-level roles, with regional heads often taking on responsibility for both power and gas portfolios, whereas historically they might have run one or the other. Physical originators, and particularly those with East Coast connections, are in demand in order to provide trading desks with more optionality in their platforms.

We have seen much greater activity in the hiring of LNG talent over the past six months, with more projects coming online as shale gas turns the US into a major exporter. Many of our clients that have historically focused on oil and power markets have begun to diversify their specialisations in order to incorporate a natural gas or LNG portfolio.

Houston is rapidly emerging as a global hub for LNG talent, up against tough competition from Singapore, as we see more Asian players building out offices in Houston and looking to move more talent into Texas. Over the next few years, we expect Houston to become even more of a hub, and talented individuals with Rolodex’s full of Asian and Middle Eastern contacts will be particularly sought after. The deregulation of the Mexican market, and increased gas consumption in South America, means the demand for LNG marketers and originators in the LatAm region has also increased significantly.

Finally, from an M&A perspective, we are seeing a lot of traditional physical players divesting assets, particularly on the power side, often to private equity and hedge funds. Those buyers in turn are looking to hire individuals that can not only manage those assets effectively, but also optimize and develop trading capabilities around them.

Lower volatility in the power markets has prompted many of our clients to focus their commercial recruitment efforts on analytics rather than trading. Power strategists, quants and structurers offer trading teams leverage in a competitive market when it is becoming more and more important to do something different.

On the trading side, we see clients discussing physical asset management and portfolio optimization more than speculative trading, while the deepened regulatory restrictions being imposed on banks mean their trading teams are becoming more and more focused on customer flow. The strongest proprietary traders within these environments continue, for now, to gravitate towards the merchant shops.

And when it comes to M&A, the physical power markets have been dramatically affected by cheaper natural gas, growing renewable energy generation and supply, and the overall drop-off in demand. As a result, we’ve seen many of the long-standing utilities and traditional power players putting assets up for sale and focusing instead on earning steadier returns from retail rather than wholesale activities. In their wake, private equity firms are stepping in to purchase generation assets and capitalise on volatility, and those firms are looking for top-rate talent to help them maximise returns.

An interesting development in the renewables space is the increasing investment by major corporations, such as Apple, Facebook and Amazon, in developing their own renewable projects to power their assets. As projects mature, these companies are hiring individuals from private equity and management consultancy backgrounds to help them maximise their returns on investment.

It is in the renewables space where the changing political landscape is going to have the most impact, as the new Administration has been publicly skeptical of climate change and the Environmental Protection Agency; as well as state its intention to pull out of the Paris Agreement, and instead look to boost coal and natural gas output. Nevertheless, many of our clients remain cautiously optimistic, arguing that the renewables space has grown to such a size that even a withdrawal from the Paris agreement will only slow things down in the short term.

Overall, therefore, we see a relatively positive outlook for hiring in 2017 despite the uncertainties, particularly in the natural gas and power space. Certainly our clients seem to be coming off good years in 2016 with plans to continue growing their businesses going forward, and we see plenty of talent available to help them do so.

by Ross Gregoryview my profile 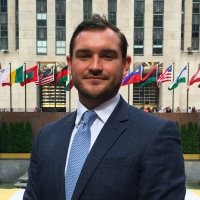