Gone are the days when forecasting oil prices rested solely on working out what the Saudis were going to do, requiring little more than a call to the Minister to establish if they would increase or decrease production. That was the story twenty five years ago, but since then the market has moved significantly. Led initially by BP and external consultancies, we have witnessed an unprecedented explosion of research in the oil sector that is continuing to have far reaching implications for commodities traders.

Whereas previously, analysis tended to be carried out by juniors on the desk, often as part of their training on route to becoming a trader, the increasing importance of analysis has led to unprecedented demand for senior, career analysts.

Other energy commodities, namely gas and power, led the charge, with most gas and power traders now boasting analytical desks compiled of statisticians and electrical engineers to make sense of the huge amounts of data now available to market participants. Indeed, some energy funds have done away with the profile of the “traditional” trader altogether. Instead, they rely on their analysts/strategists who devise trading strategy and communicate this to a sole execution trader who then establishes their positions.

We have yet to see such developments extend to the oil sector, but it is certainly catching up, and traders have rushed to adapt to the new market realities. A market once dominated by relationship-driven trading, which yielded “easy” profits, has become increasingly competitive, requiring traders to commit far more time, effort and resources into figuring out price directions.

With the explosion of data, readily available to all market participants, the need to have a formalised research function to acquire, organise and analyse data, has become too much of a necessity to ignore. As a result, a number of tier one commodities merchants, as well as producers, have moved recently, to centralise their research functions, appointing heads of analysis to oversee them.

The debate rages as to how best organise and remunerate these functions, but an increasingly popular model sees a permanent structure of senior career analysts allocated to each trading desk. First and foremost, these analysts have responsibilities to the trader/s on the desk they support and indeed are often a direct cost of that desk. However, they report to a head of analysis and are part of a centralised research team which shares and leverages the research of all analysts within the function.

The resultant impact on hiring trends is that senior, professional, career analysts are in increasing demand. These analysts are highly commercial and heavily involved in trading strategy and idea generation, whilst stopping short of execution. The ideal profile that commodities traders consistently ask me for is that of a solid fundamental analyst who is able to think like a trader but has no desire to move into a risk-taking position.

The emergence of such a profile has caused many trading desks to rethink the ways in which such individuals are remunerated. This can be a divisive topic, but it is accepted that analysts who are heavily involved in trading strategy and contribute significantly to the bottom line must be rewarded accordingly. Whether this should constitute a percentage of PnL, be reliant upon a trusting relationship with a satisfactory discretionary bonus, or an amalgamation of both, is up for debate.

What is certain is that the market has moved, with the role being played by analysis increasing exponentially. How quickly commodities traders are able to adapt to the new landscape will likely have a huge impact on their success in what is a highly competitive and increasingly data driven market.

by Jonathan Funnellview my profile 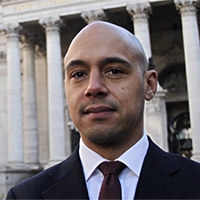