As the world’s largest importer of many commodities and home to a population of 1.4 billion, the Chinese market is now a hotbed of supply and demand, and building a physical presence within its borders is no longer an optional consideration but an existential necessity for all commodity firms.

In an era of shrinking margins and diminishing profits, China has emerged as a market that cannot be ignored if a company wishes to retain its relevance on a global stage. The key consideration for many firms is no longer whether to develop a presence in China but where, and the choice predominantly lies between Beijing and Shanghai.

As the capital of China, Beijing has existed for over three millennia and has been the political seat of governance for over 800 years. Juxtaposed against Shanghai, which though relatively younger in terms of history, has no less importance and influence as a global financial hub. Both have significant influence over the economic landscape.

Similar to the relationship between Washington and New York, the business environment in Beijing is relatively internally-focused, driven more by domestic governmental policies that have far reaching international ripples. Meanwhile Shanghai, as a showpiece of modernity and a model city, is significantly more exposed to international trends and outwardly-oriented as befits its status as a major international financial hub. For international commodity businesses, Shanghai is an important location where the ability to make profit, mitigate risk, and maximise leverage is immediately available.

Yet Beijing remains in the background due to its ability to influence legislation and policy, and send ripples through the international landscape thanks to domestic lawmakers. Not affecting just the domestic political and economic situation, changes in policy have international ramifications, playing a direct role in the profitability of multinational corporations that might be caught unawares by top-down initiatives. Just one example in the energy markets today would be new legislation regarding export restrictions and teapot refinery quotas (concentrated within the Shandong region), which may dictate the flow of offtakes and subsequent trading into the global market.

Ultimately, the move to develop a presence in China remains as a choice between being at the heart of political and legislative movements to facilitate business on a strategic level, or developing an active presence with the ability to rapidly tap into one of the world’s most influential financial markets. Finding the right talent within these cities is also not without its own challenges, with some attracted to Beijing’s conservatism, with its denizens speaking in Chinese and expecting foreigners to do the same, and others preferring the more international and cosmopolitan vivacity of Shanghai.

In the longer term, any business will need a presence in both cities if it is to build a sustainable strategic business in China. Choosing where to start is just the beginning and both must work hand in hand to leverage off both political and financial information.

by John Ongview my profile 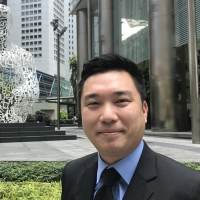