When the pandemic struck in spring 2020, LNG demand was hit hard, and the effects are still being felt. We review how the market was affected, examine current hiring trends across the region, and consider how the LNG employment market is expected to perform in 2021.

China was the first to react to COVID-19, reducing their energy demand in response to economies halting and lockdowns. We saw state-owned CNOOC declare force majeure on its LNG contracts as downstream markets were disrupted by the pandemic.

The world soon followed suit. In March 2020, Shell announced they would be exiting the Lake Charles export facility agreement in Louisiana, citing ‘negative market conditions.’ Market uncertainty was reflected in a drastic reduction in investments in future liquefaction capacity being planned over 2020. Coming off the back of a record year for FIDs in 2019, it wasn’t until November that we saw the first for 2020 – US firm Sempra Energy taking a final investment decision on its Costa Azul project in Mexico. The majority of businesses had opted to defer their FIDs to a later date.

By winter, a number of factors set the conditions for a perfect storm as we saw an unprecedented rise in Asian spot LNG prices. Extreme winter temperatures in North Asia, continued production issues in Asia-Pacific and bottlenecks through key trade routes led to a surge in demand for spot LNG cargoes. Total were the biggest winners from this period, managing to sell at $39.30mmBtu. The dust has settled and the industry has returned to a more familiar state, however the volatility in the market over the last year has certainly impacted how Asian buyers secure their volumes.

What lies ahead?
It is clear that it remains a buyer’s market as demand for long-term supply is low given the price volatility of 2020. Buyers in the region will be hesitant to commit to long-term contracts when the spot and short-term market can alleviate their immediate needs. For developers looking to reach FID, they will have to find solutions with investors who are tentative to lock themselves into long, capital intensive projects.

However, despite the current lack of investment appetite and desire for long term supply contracts, the outlook for LNG in Asia remains bright. Demand for LNG will continue to grow in the region as countries seek to reach emissions targets set by their governments. China is on target to become the world’s largest importer of LNG, while the Indian subcontinent and parts of South-East Asia hold huge potential as governments seek to bring about a greener energy mix. The global LNG centre of gravity will continue its shift towards Asia for years to come.

Qatar and Russia have been making the biggest moves to address this demand. In February, Qatar Petroleum announced they had taken FID for their North Field East project. It is set to become the largest LNG project in the world – a clear statement of intention that it plans to solidify its position as the ‘LNG King’. Just last week, QP also signed a 10-year purchase and sales agreement with Sinopec while Novatek have also recently signed a 15-year supply deal with China’s Shenergy Group.

Both Qatar and Russia are able to supply LNG that undercuts their high cost rivals. QP’s 10-year deal with Pakistan signed last month is evidence they are willing to slash prices to gain a greater stranglehold on the market. According to traders, they have also been effective in the spot market. Since late last year, QP have been able to offer competitive prices and secure tenders to supply spot cargoes to Pakistan, India and Taiwan.

Although producers from the US and Australia can’t compete at the same breakeven price of Qatar, there will always remain a need for buyers to have a diversified range of supply. As one senior marketing and trading executive of an Australian energy business cited, the short-run marginal costs of Australian projects are competitive with QP, they have existing brownfield infrastructure to leverage on and their government has been highly effective in setting up FTAs with neighbouring APAC countries to facilitate trade. The consensus is that there will be a supply shortage come middle of the decade, creating room for non-Qatari/Russian producers.

US producers have struggled but will still hold key competitive advantages in being able to source gas from the market and benefiting from the oil price recovery. One obvious uncertainty is what their outlook will be in accessing the Chinese market. Historical trade tensions and growing indications that the Biden Administration will remain tough on China mean buyers will be hesitant to engage in long term contracts when Qatar and Russia can offer more favourable deals with fewer geopolitical strings attached.

Potential Hiring Trends
At a high-level, with the increased demand for LNG in Asia, we can anticipate a growth in the job market in Singapore and China. Last year, we saw senior LNG personnel and teams from established organisations shift to smaller or newer players such as Six One Commodities and OQ Trading. Axpo opened their office in Singapore in December 2020 “because of the significant potential in the booming LNG market”. This is a trend that will undoubtedly continue.

Since January, we have seen steady hiring across commercial and functional roles. DGI, Eni and Total are amongst some who have brought in new traders/originators in the last quarter. Novatek and Aramco Trading will continue to hire across their front and middle office to support the ramp up of its activities in the region.

One senior trader cited that the increase of LNG trading activity and volumes will result in a natural need to strengthen support functions. I have spoken with several senior leaders who have confirmed they will be hiring across operations, chartering, contract management, quant analysts and LNG lawyers before the end of this year. Strong senior operators will likely come at a premium as several hiring managers have indicated the difficulty in finding individuals who have the right level of know-how, leadership qualities and the willingness to move.

Several North American producers have lost key senior personnel in the last 12 months. In the last quarter, we have seen these firms, such as Venture Global LNG, look to re-engage old hiring processes or backfill senior individuals they have lost to competitors.

In China, there will be a continued need for firms to have strong LNG business developers based on the ground. The 15-year supply deal signed between Novatek and Shenergy exemplifies this. As the Tier 2 players continue to grow, there will be an increasing and urgent need to have on board experienced business developers who can not only bring access to senior individuals, but also the ability to educate newer customers. These emerging Tier 2 players have different needs, infrastructure and professional capabilities to the traditional buyers.

Some businesses have historically stationed satellite offices in China although the bulk of commercial negotiations and decision making were conducted by leaders sitting in Singapore. There is still uncertainty in global travel and while this continues, relationships will suffer. We have seen several leading Chinese marketers, who are typically based in Singapore, work from China since the pandemic struck in order to facilitate these relationships. One originator cited the lack of an individual on the ground as a key roadblock to Sempra Energy achieving more success in China. We have also worked with firms who were previously less established in the Chinese market become more open to hire these business developers on a consultancy basis as they try to build traction in the early stages.

The most desirable skillset we anticipate – not just in LNG but across all energy markets – is experience in carbon-neutral transactions. In Asia, while still small in scale and developing, carbon-neutral LNG deals will only increase in prominence and importance moving forward. Major players such as Shell, Total and JERA have been the most prominent in selling carbon-neutral cargoes and this played a major factor in the supply deal between Pavilion and QP last year. The key challenge for LNG suppliers and Asian consumers will be agreeing on the quantification of carbon offset credits and the qualification these credits. Governments will also need to provide some form of regulatory framework that will further incentivise businesses to engage in low-carbon LNG trades – The Paris Agreement will be the biggest driver. As these deals scale up in the near future, having strong exposure to these transactions will undoubtedly be a highly desirable skill set.

The future of LNG in Asia looks highly promising. Despite a tough year for producers, the demand for the transition fuel in Asia remains and businesses will continue to strengthen their physical presence in the region as a result.

by Alex Walshview my profile 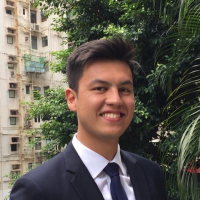